Michael Galisatus is the Director of Bands at the College of San Mateo directing both the college big bands and the wind ensemble. He has been the recipient of various teaching honors including the CMEA Bay Section Outstanding Jazz Educator Award 2015-2016, The Peninsula Arts Council Arts Educator of the Year for 2007, the Otter Distributors 2004 Jazz Educator Award for the state of California, the California PTA Honorary Service Award, and the CMEA Bay Section Gil Freitas Memorial Award for music education. Prior to his appointment at the College of San Mateo, Michael was the band director at South San Francisco, El Camino, and Aragon High Schools. He currently holds the office of Jazz Representative for the California Music Educator’s Association, and is on the board of the California Alliance for Jazz. He is also a past president of the California Music Educator’s Association Bay Section.

As a freelance trumpeter in the San Francisco Bay Area, Michael has recorded with Pete Escovedo and Queen Ida, and has performed with a variety of artists, including Louis Bellson, Natalie Cole, Frank Sinatra Jr., Mary Wilson, Kenny Washington, Jamie Davis, Frankie Valli, Kenny Loggins, Gladys Knight, Johnny Mathis, Mel Torme, The Temptations, Michael Feinstein and a host of others. 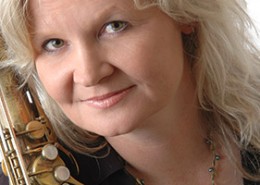 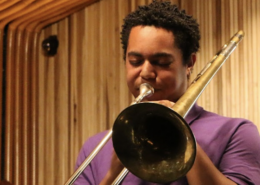