orn and raised in Richmond, California, Malachi Whitson has been rooted in the Bay Area jazz community as both a performer and teacher since his early youth. As a former member of the Brubeck Institute, Malachi has had the opportunity to perform with major artists such as Bobby McFerrin, Bobby Hutchison, Stefon Harris, Eddie Gomez, Adam Kolker, Joel Frahm amongst many others. Malachi is associated with various jazz organizations within the Bay Area and abroad including the Berkeley JazzSchool, SF Jazz Center, East Bay Center for the Performing Arts, Oakland School for the Arts, Stanford Jazz Workshop, Monterey Jazz Festival, and Brubeck Institute. He is a recipient of various awards including “Most Dedicated Musician” from SF Jazz, “Best Drummer” from Stanford Jazz Workshop, “Best Overall Musician” from San Jose Jazz Workshop, as well as an “Outstanding Steel Pan Instructor” award from East Bay Women in Action.

Malachi has been associated with several projects such as Sharif Nassir’s Sundance Film Festival award-winning documentary Lost and Found. He is a contributor to the 2011-2013 Brubeck Institute Jazz Quintet award-winning album Origins. He is also a member of the SF Jazz Alumni Teachers Association. Malachi currently has his own trio, The Project. This newly-formed trio has its own original repertoire that melds the sultry sounds of soul and R&B with the structure and improvisational context of jazz. Currently he attends the University of Pacific on a full scholarship through the Brubeck Institute where he hopes to matriculate to the Monk Institute to further his studies. 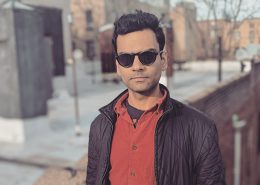